One characteristic of the new “RS” is the body, which is 44 mm wider at the rear (a legacy from the Carrera 4 models) by comparison with the 911 GT3. The muscular-looking rear end conceals a wider track that not only improves directional stability but also increases the transverse acceleration potential of this two-seater coupe.

Despite its specialized body, the “RS” is 20 kg lighter than the GT3, weighing in at just 1375 kg. This weight-saving was achieved by the use, amongst other solutions, of an adjustable carbon fiber wing, the use of a plastic rear lid and a lightweight plastic rear window. The corresponding weight-saving is 4.5 kg/kW.

With a view to the registration regulations for the important Gran Tourismo championships as future fields of application, the road version of the GT3 RS has resorted to technical solutions that will also feature in the racing version. These solutions will include the entire wheel carrier and split wishbones on the rear axle, in addition to the carbon fiber components of the body.

And the interior lives up to the vehicle’s sporting aspirations: 2 lightweight bucket seats made of carbon fiber composite materials come as standard and in the club sports package. There is a bolted roll cage and the pre-wiring for the battery main switch. A six-point seatbelt for the driver and a fire extinguisher are also provided. Internal trims are black, with the roof lining, steering wheel and gear stick trimmed in high-quality Alcantara leather.

The available finishes are Arctic Silver metallic or black; as an option, the GT3 can also be obtained in orange or green. All vehicle insignia and the wheels themselves are styled in orange or black to contrast with the body paintwork.

(29 de Julio 2006) The Manthey Racing team from Germany will run two brand new Porsche 911 GT3 RSR race cars in the 24 hour race at Spa in Belgium on 29 July. Porsche developed the near-standard racing sportscar based on the road-going 911 GT3 RS, and put it in the hands of the experienced team under the direction of team principal Olaf Manthey. Works drivers Timo Bernhard and Marc Lieb (both from Germany) share driving duties with Pedro Lamy from Portugal in the GT3 RSR with starting number ‘111’. Driving the Porsche with starting number ‘197’ are further ‘works’ drivers Lucas Luhr (Monaco), Sascha Maassen (Belgium) with Marcel Tiemann (Monaco).

For Porsche and Manthey Racing the race is regarded as an important test under race conditions and at the same time serves as an assessment of the vehicle‘s development. For 2006, this race is the only event that is currently planned. For Spa, the car is entered in the so-called Group 2 category where vehicles from national championships are eligible to compete. In 2007, the 911 GT3 RSR will be available for customer’s to race and aims to replicate the success of its predecessors. Porsche customer teams claimed class wins at Spa every year since the GT3 first competed there in 2001 – with an overall victory in 2003.

In the FIA GT Championship, the American Le Mans Series and the Le Man Series as well as at the endurance classics of Le Mans, Daytona, Sebring and the Nürburgring, the GT3 in its various versions secured many records and title wins.

Built on the 911 GT3 RS, a particularly light and sporty derivative of the 911 GT3, the current GT3 RSR is designed to comply with the A.C.O (Automobile Club de l’Ouest), the FIA-GT and IMSA (International Motorsports Association) as well as VLN (Veedol Langstrecke Nürburgring) regulations. Porsche decided to build the new GT3 RSR after analysing the relevant A.C.O. and FIA regulations in a specification which allows a minimum weight of 1,225kg (predecessor: 1,125kg) and permits the tyre width to be increased by two inches to 14 inches. Thirty-five kilogrammes of the required additional weight may be placed as ballast in the vehicle, resulting in a lower centre of gravity.

For the normally-aspirated Porsche engine this specification allows a capacity of 3.8-litres with two 30.3 millimetre air restrictors (predecessor: 3.6-litres, 29 mm diameter). The increase in displacement was achieved through the enlargement of the bore to 102.7mm with the unchanged stroke of 76.4mm. With the mandatory air restrictors, the unit delivers 359kW/485bhp at 8,500rpm. Maximum torque increased to 435Nm. Top engine speed is reached at 9,000rpm. Thanks to the increase in capacity and the corresponding reprogramming of the electronics the top performance as well as the response and driveability have further improved. The new positioning of the mid-front radiator and the use of side radiators – taken from the high performance Carrera GT sportscar – contribute to the thermal health of the engine.

For the 24 hour race in Spa, the GT3 RSR features the proven sequential six-speed gearbox of its forerunner. The customer vehicles for 2007 will be delivered with a new sequential six-speed transmission featuring the gears of the RS Spyder which competes in the American Le Mans Series.

The bodyshell of the GT3 RSR with the welded-in safety cage is ten per cent stiffer than its predecessor. Distinctive wheel arches widen the body by 50 millimetres on each side. The track is enlarged correspondingly; wheels and tyres of the maximum allowable dimension can be fitted.

The relocation of the supplementary oil tank (option), the power steering and the battery to the front improve the weight distribution. The front and rear lids, the front mudguards, the wider rear, the doors as well as the front and rear panelling and wing consist of carbon-fibre composite material. The rear and side windows are manufactured from light polycarbonate.

The newly-developed aerodynamic package improves the air flow efficiency compared to the forerunner (‘Type 996’ GT3 RSR) by a total of around seven per cent. Air flow to and from the radiators, the brakes and the engine are further optimised. In compliance with the FIA and A.C.O. regulations, the new GT3 RSR features a flat underbody.

The suspension with Porsche-optimised struts at the front and the Porsche multi-link axle at the rear corresponds to the configuration of the standard GT3 RS car. The modified kinematics is set-up for the wider tyre footprint and for the lowest possible camber change in rebound and compression. The new ZF-Sachs shock absorbers feature the Through-Rod-System with considerably lower chamber pressure and hence less friction than conventional dampers. As a result they offer a significantly improved response characteristic. The position of the rear axle was optimised. The axle features a new anti-roll bar, an adjustable upper link and an optimised lower link. 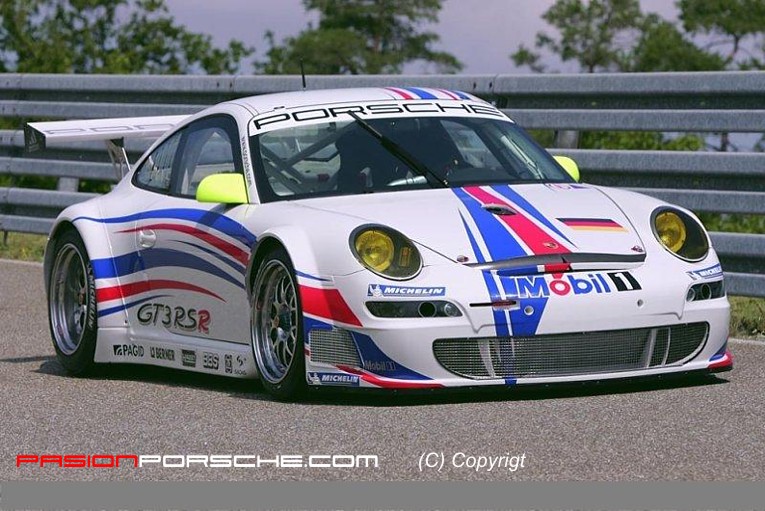 (29 de Julio del 2006) After a construction time of just one year the new motorsport centre of Dr. Ing. h.c. F. Porsche AG, Stuttgart, located at Weissach, is now completed. With this, the company has created a crucial prerequisite in ensuring the continued competitiveness of its vehicles in racing. The heart of Porsche Motorsports is made up of four buildings, which are connected via a light and transparent arched-roof construction. The facilities include workshops, race vehicle production, logistics centre and a terminal for trucks. A three-story office block for the administration and development departments as well as a car-park complete the new motorsport complex, in which a staff of 210 will work.

Head of Motorsport, Hartmut Kristen: “The further increase in productivity, the highest possible flexibility and the optimisation of all processes determined the design and layout of the new buildings. In the last years the makes cups have grown enormously – in 2006 the series are contested in 18 countries on four continents. We manufacture up to 250 race cars per year here for the Cups as well as Gran Turismo and prototype racing. Now we enjoy an excellent situation and can continue to grow.”

The motorsport complex comprises a useable floor space of 10,550 square metres, double the size of the former racing department. Already in the design of the access road the new centre gives a clear indication of its purpose: In the corners are typically cambered kerbs like those found on race circuits, as well as stacks of tyres and brand advertising which lend a real motorsport atmosphere.

The workshop facilities house separate areas for the servicing of Cup and customer race cars, for the successful RS Spyder sportscar prototype, the 911 GT3 RSR as well as for development projects. The composite workshop, the pre-assembly area, the hydraulics room and other special facilities are directly connected. The first floor is home to the engine and transmission departments which have their own area for standard measurements and testing.

In the so-called “manufacture”, specialists construct limited numbers of racing sportscars and prototypes. Around 20,000 different parts are stored in the logistics site. Here the dovetailing of standard and motorsport production is clearly reflected. Spare parts, for example, for the new road-going 911 GT3 and the 911 GT3 RS vehicles are supplied from Weissach. At the terminal up to seven articulated lorries can dock at the same time where they are then loaded and equipped with parts for delivery to the race tracks 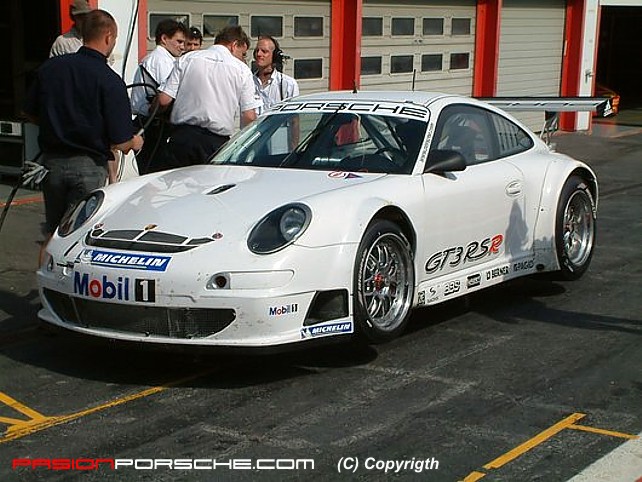 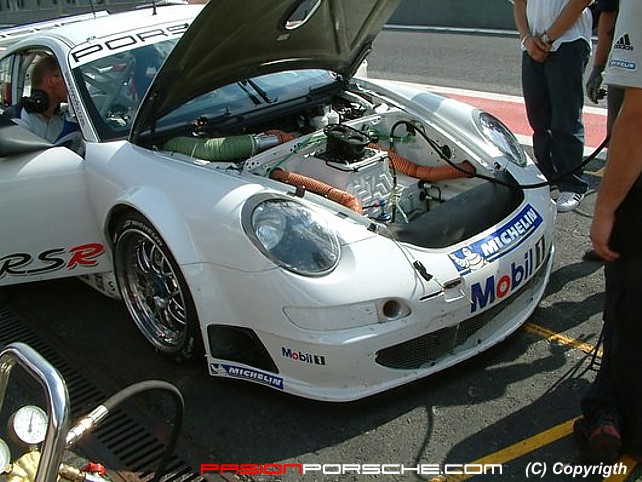 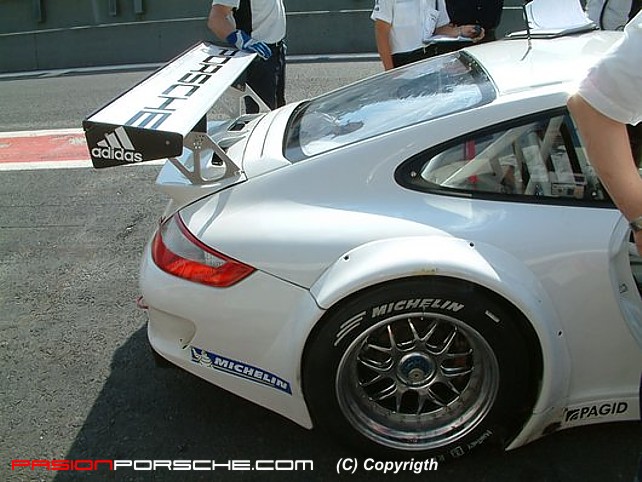 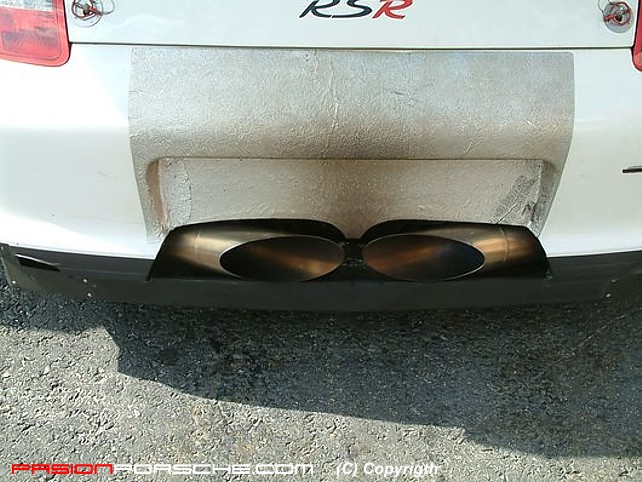 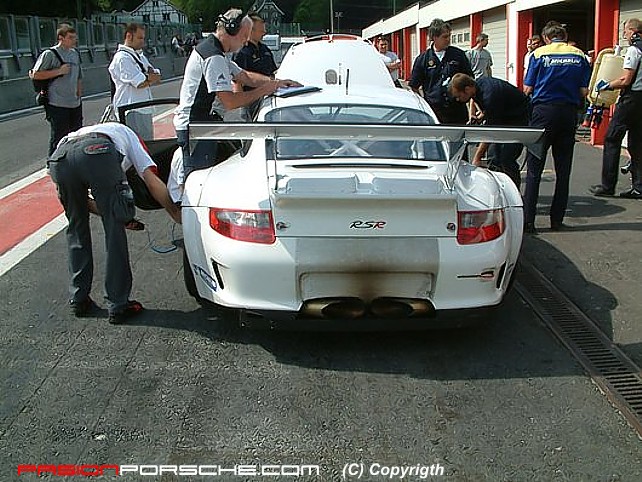 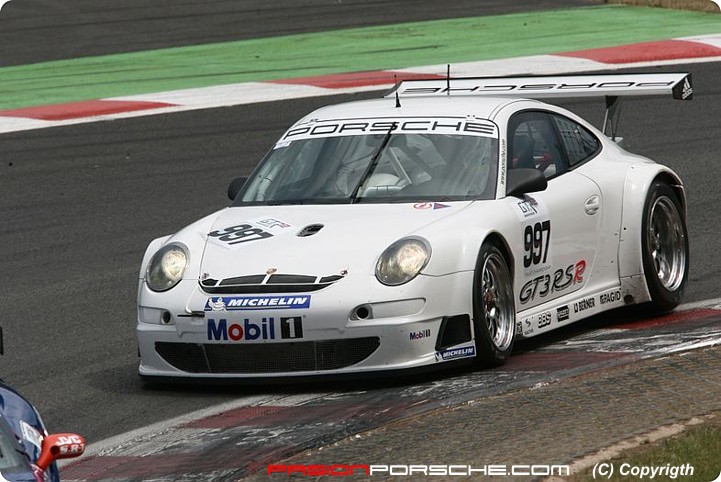 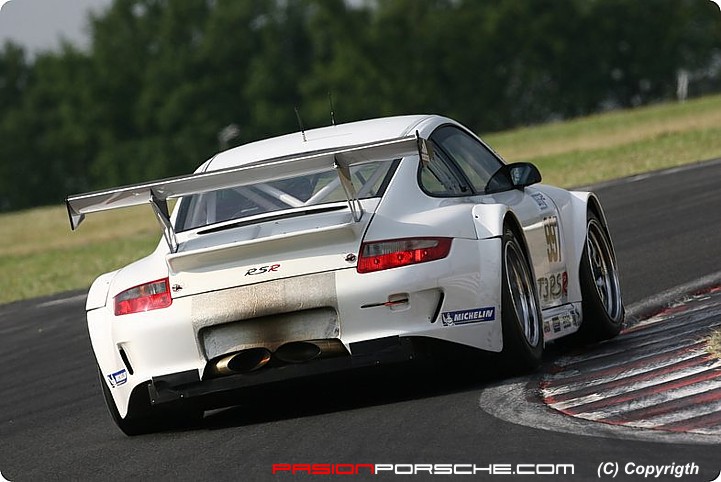